“Filled with samples of each drum at every available filter setting, this slips into the mix as effortlessly as any Roland drum machine. ‘Velocity Retrofit’ opens doors to surprisingly subtle and expressive patterns. The SR88 is a great little instrument” – Sound on Sound magazine 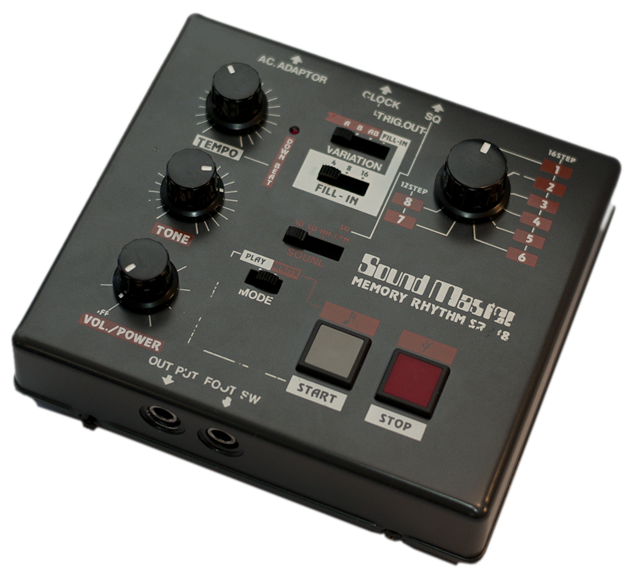 The Sound Master Memory Rhythm SR88 was a cool little drum machine from the mid-80s. It was all-analogue, built like a brick, and offered some decent basic sounds plus the ability to tweak them to a limited extent through a “tone” control (which was basically a low-pass filter strapped across the outputs). There was a step-time pattern sequencer in there too, though with no display it sometimes needed a bit of mental gymnastics to get the beat in your head into the little metal box.

The sounds have a great lo-fi vibe to them which we’ve lovingly captured at 24-bit. We multi-sampled each of the basic kit pieces – kick, snare, crash and hats – through the whole travel of the “tone” control, so when you change the TONE knob on the Kontakt interface you’re actually moving between separate samples of the sounds and getting exactly the same tonal shift as you get on the original machine. The hats on this have a lovely metallic sound which is pretty unusual for an analogue box, and the snare sounds are just classic 80s. The kick isn’t as thick or deep as the MR11, but it has a penetrating “pock” to it that cuts right through a mix, and that can be very useful in its own right in certain styles – very busy kick patterns will retain more definition with this kick, for example. 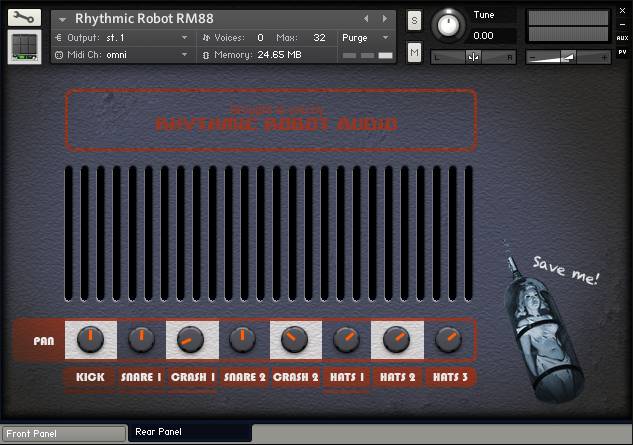 We also discovered a really interesting and useful glitch. On the surface, the Memory Rhythm SR88 only offers those four sounds – kick, snare, crash and hats. But when you’re programming in step time, something odd happens in the SR88’s little brain and the sounds loop indefinitely for as long as you hold down the buttons on the box. The short hat sound becomes an extended hiss, and the crash cymbal and snare go on as long as you want them to. That seemed too good to miss, so we sampled those sounds too, again through the whole travel of the tone control, and called them snare 2, crash 2, and hats 2 and 3. We gave each of these “hidden extra” sounds an Attack and Decay parameter, so you can get “brushed cymbal” effects, or back off the attack transient of the snare, or get that 80s-style snare with a huge decay tail, or reversed cymbal effects… it opens up a lot of new possibilities!

There are also Pitch, Pan and Level controls for each individual kit piece, so you can balance them against each other. On the original box, sometimes getting the kick sounding right meant that the hats would take your head off; this way is much better!

Rounding things out is a comprehensive drums-based Processing section, offering bit-rate reduction (not an analogue thing, of course, but useful to have in the arsenal nevertheless), tape saturation, drive distortion, and a chunky compressor to lock everything together. Finally, hidden in the corner is a “Velocity retrofit” switch, which allows you to control the Tone of each kit piece not from the knob on the interface but from the velocity of your keyboard – just hit harder to get a brighter sound. The results can sound absolutely authentic to the 1980s original, or pumpingly grungy in a truly modern way, or anything in between, with a tone that can be locked in place by the panel controls or vary freely with the expression of your playing.