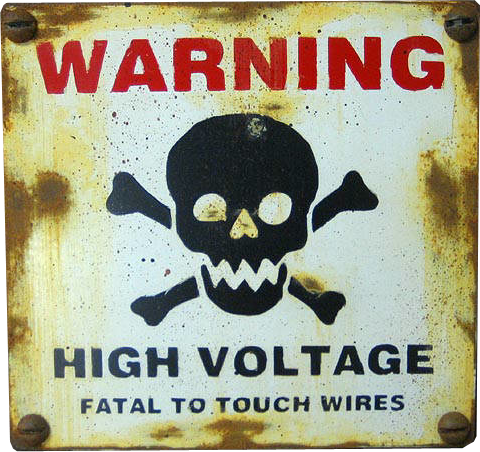 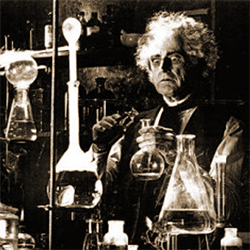 After a precocious childhood assembling basic monosynths from Meccano and rubber bands, the Professor bought his first proper keyboard at age 15 from a man whose wife needed new kitchen cupboards and was therefore forcing her husband to sell his DX5 for a pittance. The following in-depth exposure to twin-layer 6-op FM synthesis resulted in trauma that resisted years of therapy. Progressive exposure to analogue synthesisers gradually effected a cure, and now the Professor is never more at home than when surrounded by glowing, crackling walls of tubes and wires.

Likes: The smell of the inside of valves; laboratory alcohol; anything that requires strong DC current 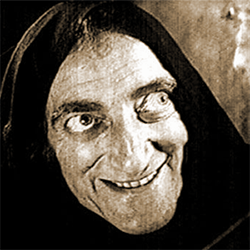 Mongo did much of his early work behind the Iron Curtain and in low bit depths. Since escaping (understandable) persecution in his own country he has become a staple of the underground crunk / circuit-bending scene, often soldering the necessary components into place just seconds before the drop hits and the crowd goes wild. Although banned from SuperDrug he is working hard at integrating into society.

Who do we like? Other Kontakt libraries to check out

It’s a bit of a golden age for independent Kontakt developers right now – not just those enormous (and just a teeny bit dull) Orchestral Scoring packages and Cinematic Hits libraries. If you dig our kind of stuff, there are some other cool folks out there you might like to check out to bring some variety to your copy of Kontakt or Komplete. Here’s a starter selection:

KontaktHub gathers lots of small indie devs and acts as a marketplace for them: as well as plenty of more conventional offerings they have some genuine oddball curios.  (Our stuff is on there too!) Well worth sifting through.

Sonic Couture are a large enterprise offering higher-end products at higher-end prices, but their quality is great. Glassworks is pretty inspirational (if pricy). Check out their Novachord instrument if you like Jennings 🙂

Rattly and Raw do some very neat instruments with a definite leftfield, organic vibe going on – Cassamplerette being a favourite of ours. And they’re very reasonably priced, too.

Hollow Sun, which used to be run by the lovely Stephen Howell until his untimely death, is now being curated by Kontakt scriptmeister Mario “EvilDragon” Krušelj. Great for crusty old oddities. They have a super range of stuff, though do note some of the sampling is done “in-house” and some by friends and associates.

Hidaway Studios is run by Dan Wilson and has a smaller collection of really neat instruments.

Fairly Confusing – not quite our breed of vintage madness, but definitely avant garde and often inspirational. Cracklefield is really cool. Check them out on KontaktHub here.

Wobblophones are into experimental sound-design machines with an atmospheric edge. We really like Ferrophone. They have this thing going on about head-pigeons (no, us neither). Give them a listen.

Sound Dust have some very atmospheric Kontakt libraries tucked away on their site, often focused on acoustic sources played in unusual ways or run through unusual gear. Cloud Viola and Ghost Dulcitone worked for us!

ModWheel are some cool guys from New Zealand and their collection includes Strained Wire and Garotte, which really ought to be recommendation enough. Very atmospheric stuff.

Had some good experiences elsewhere? Let us know and we’ll put them on the list! And of course if you’re a fan of hardware, or just want to know a little more about the history of the machines we sample, Vintage Synth Explorer is an invaluable resource.