“Ultra-affordable pocket-money Kontakt instruments utilising samples from a range of classic and vintage hardware synths in a very straightforward common interface… the Grit Filter sounds fabulous. At this price all the NanoMods are well worth your attention”  – Computer Music Magazine

The idea behind NanoMods is a deceptively simple one: take a series of rich, powerful analogue waveforms and pack them into a small, clever sound engine that takes all the effort out of dialling up your own classic patches. The result is a miniature synth module that’s dead easy to use, but which has got it where it counts: in the sound.

Each NanoMod aims to fill a specific sonic niche – pads, basses, strings and so on – building into a collection of fresh and focused sounds for your music. As we release more of them, and the collection grows, you can pick and choose the NanoMods you want. They all share similar simple but powerful interfaces, allowing you to dial up your own tones swiftly and efficiently using clever controls that actively help you get the results you want. 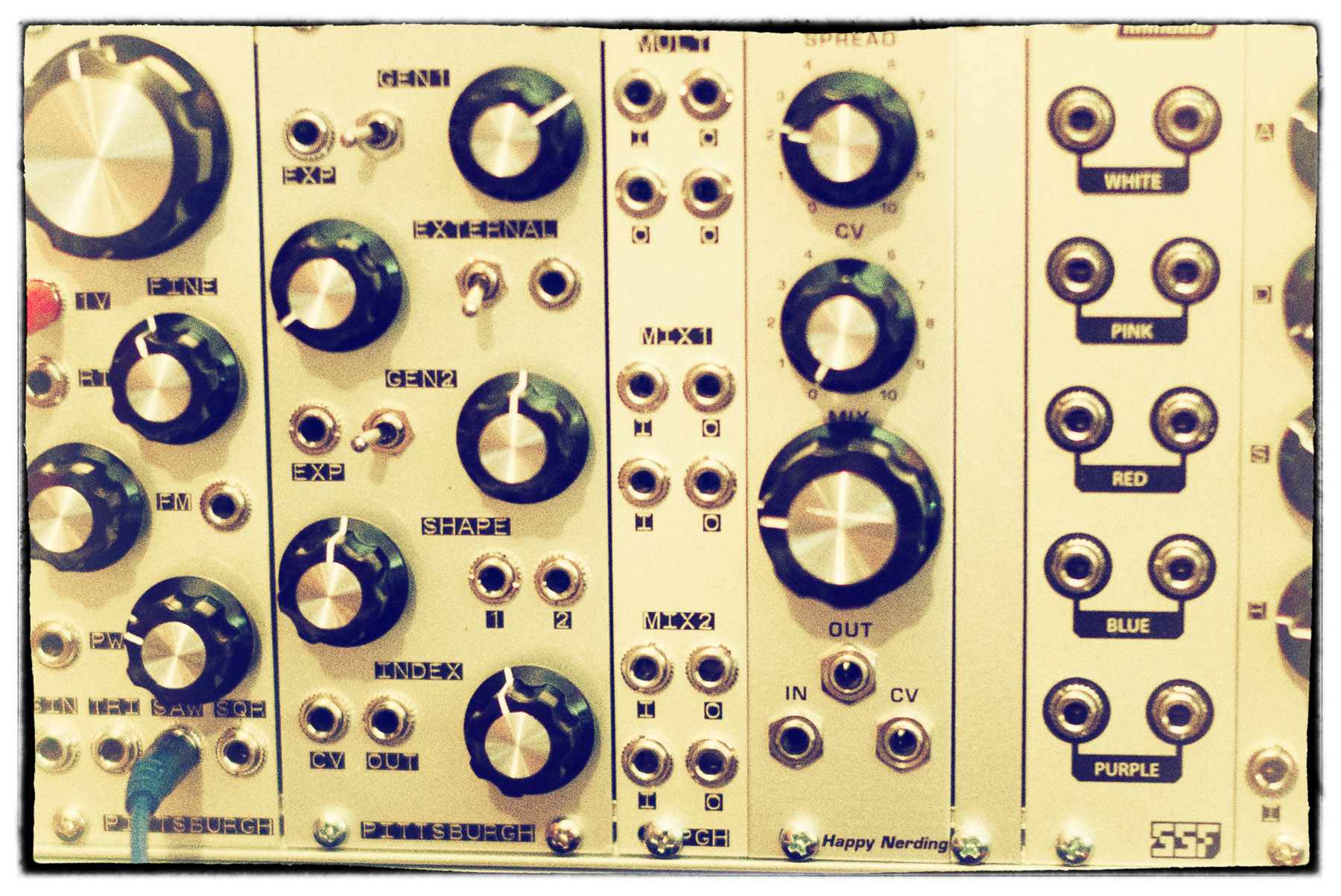 Each of the synth-style NanoMods starts with two blendable source waveforms sampled from hardware analogue synths, chosen for a specific sonic task (like pad sounds, or string machines). The aim is to choose two waves that complement each other and sit at either end of the spectrum of sounds the NanoMod is tackling, so that blending between them yields a whole host of intermediate starting-point sounds with the simple twist of a dial.

Drum-style NanoMods start with eight non-blendable source waveforms, chosen to represent a wide spread of the type of sound they offer (kicks, snares, cymbals etc). These are entirely original sounds synthesised here in our lab, and feature extra-long decay tails to allow you to tailor the sounds’ decay to your personal preference.

This sound-palette is then modified by a carefully-crafted interface which replicates 90% of the functionality of a typical polysynth using only a fraction of the controls… because NanoMod controls are intelligent! For example, turning the Sweep knob adds resonance to the filter (simple) but also checks the position of the Envelope knob and, based on where you’ve set that, adjusts a hidden Filter cutoff envelope to a curve that’s most likely to compliment your Envelope setting (that’s the intelligent bit). This means that, with short envelopes, the Sweep control gives you a nice squelch; on longer, sustained envelopes, it goes for a classic resonant filter-sweep; on square-style organ envelopes, it adds a little harmonic key-click effect… and again, it does it all with one single twist.