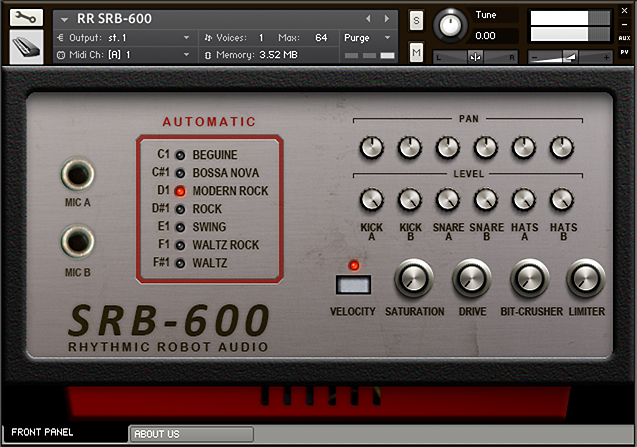 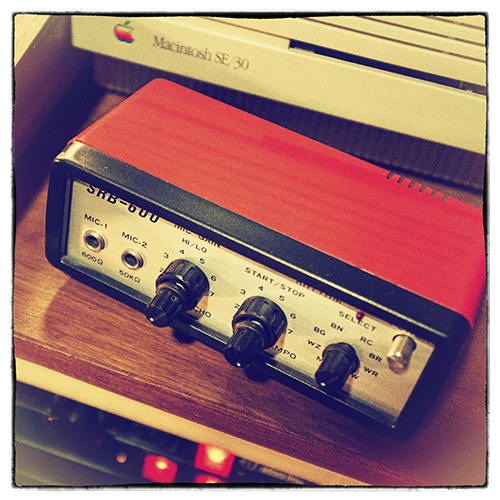 This may be the cutest-looking little drum machine to arrive in the lab: with a shiny candy-apple red box and brushed aluminium faceplate, the SRB-600 exudes retro cool. It’s also surprisingly capable for its miniscule footprint, with a couple of very neat tricks up its sleeve: as well as pumping out some smooth analogue rhythms, it can also act as a mini-mixer – you can plug a mic and an instrument in, and it’ll combine them. What’s more, there’s even a Bucket Brigade-type analogue delay built in. It’s very primitive, with a fixed delay time  of about 65ms, but there’s a feedback control so you can generate echoes. Clearly the SRB was aimed at singer-instrumentalists who wanted to get a bit of slapback happening while playing and singing along to a beat.

The rhythms themselves are very standard 1970s fare, though the Rock and Modern Rock settings provide nice solid foundations. What’s more exciting, to our ears at least, is that the kit pieces are really cool in isolation. We’ve sampled them all with multiple randomised round-robins, and although you really only have kick, snare and hats, you get two variations of each and they sound very chilled indeed. The hats have short and longer varieties, with the longer variant sounding almost like a cabasa or shaker; there’s a very round, weighty kick and then another with some click to it; and two snares, one with a long pseudo-reverb-tail and the other short and punchy. We really like the sound: it’s definitely on the chillout end of the vibe spectrum, but there’s enough weight and definition that it doesn’t sound woolly. A little twist of Saturation really helps pull the kit pieces into focus. 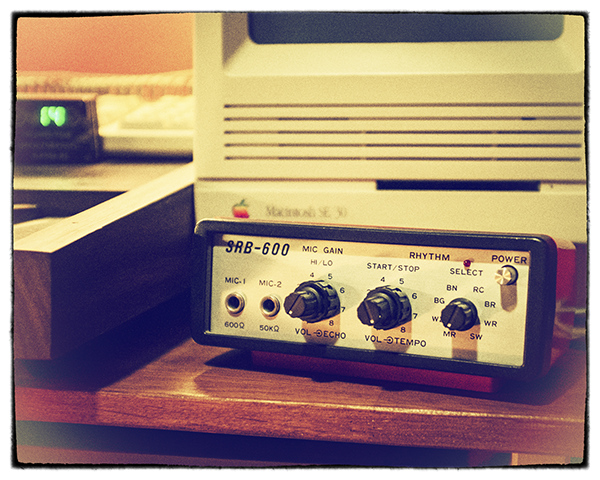 As ever, we’ve got you covered with the necessary effects, including Drive, a bitcrusher, and an output Limiter to meld the sounds; and the preset rhythms are all beatsliced and ready to sync to your DAW’s host tempo. Crafting your own retro beats is extremely easy, and you can either start from scratch, combine presets, or layer your details on top of the presets. For a tiny red box, there’s a lot of fun to be had here.