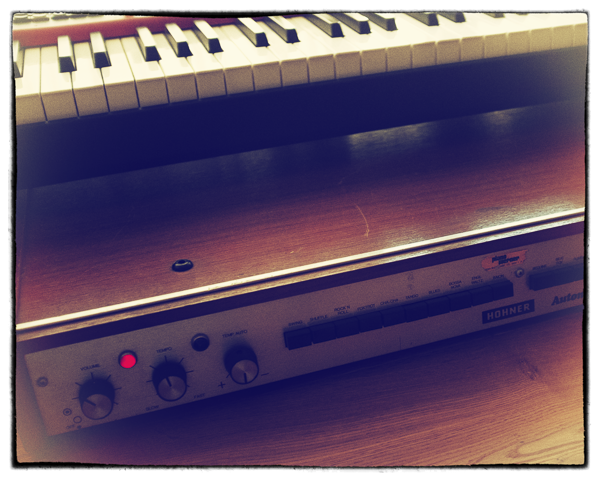 One of the qualities we often look for in drum machines is how “punchy” they are. In the case of the Hohner Automatic Rhythm Player, it’s not so much punchiness as crack-you-round-the-headiness – this is a box with some serious snare attitude going on. Let’s take a closer look…

With twenty onboard preset rhythms and some clever controls set into a massive block of brushed aluminium and real wood veneer, the Automatic Rhythm Player was clearly intended to grace the funkier 1960s drawing room. But lurking behind that discreet, polished surface there’s a surprisingly contemporary-sounding set of transistors: just hear what it does to the Amen break in our audio demo. While the kick is typically warm and furry, there’s a definite midrange snap to Mr Automatic that pushes the snare and hats to the front. It’s hugely useable and can power quite aggressive, driving rhythms if you like.

Dial down those upper-mids with your favourite EQ, though, and you’re into much more familiar vintage rhythm territory… except that the onboard sounds themselves switch things up a bit, giving you Baion-inspired Zazumbas and Cabasas instead of the toms and rimshots you might otherwise expect. Turns out Mr Automatic has a bit of a Latin heart beating away under all that woodgrain, and this – especially when the preset rhythms are brought into play – gives patterns a welcome lilt and some cool, laid-back attitude. The box also went one further than many of its contemporaries by allowing some built-in variation to the patterns: to the right of the fascia are a series of “Cancel” buttons which remove kit pieces from the mix, allowing you to fire up a Slow Rock pattern but remove its cymbals, for example. It’s limited, but it’s a lot better than nothing in wringing more mileage from the presets. 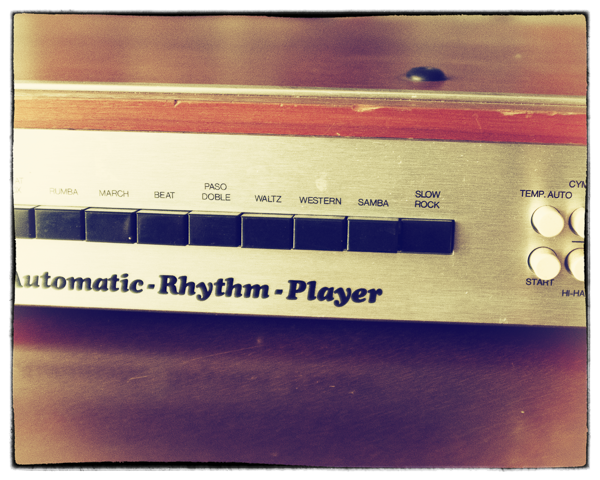 In sampling the hardware to create our Kontakt instrument Mr Automatic, we’ve switched things up a bit too, because twenty onboard rhythms is a lot to fit onto one pane. Rather than our usual pattern-select buttons, therefore, we’ve gone for a simple list of all the presets, with LEDs that activate when you hit the appropriate MIDI note on your keyboard. This makes it super-easy to keep track of which pattern (or patterns) you’re triggering, all in sync with your DAW’s tempo. Since our previous system was really only useful for previewing the sounds, rather than playing them, nothing’s lost here; and we reckon we’ve gained some valuable clarity. Of course you also get additional Saturation, Drive, Bitcrusher and Limiter controls: if you’re after a modern sound from Mr Automatic, a dash of Saturation and Limiting can really pull things together nicely. And finally, we’ve broken out all those cool kit pieces and made them responsive to MIDI velocity, as well as giving them Level and Pan controls, so it’s entirely up to you whether to use the presets, roll your own beats, or combine both approaches 🙂

Mr Automatic gives you the best of the 1960s, plus punches well above its weight with modern controls and that snappy, cracking midrange. Turn it loose on your tracks today!