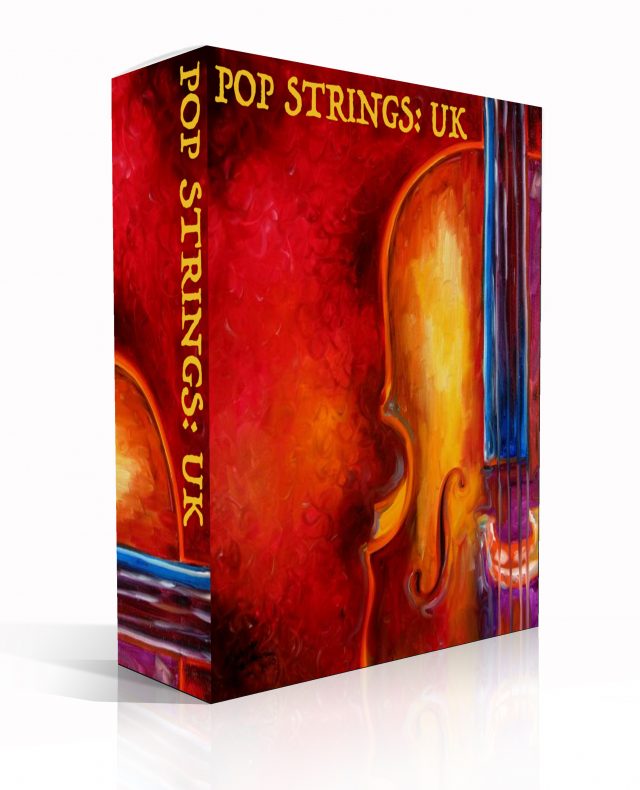 Over 6Gb of .WAV files ready to drag and drop into your DAW!

Brought to you from our pals at Q Up Arts, Pop Strings UK is a powerhouse sample and loop pack of lush string sounds.

Two of the UK’s premier string arrangers: cellist Harry Robinson (Runone), and violinist Kate Robinson, have joined forces with seasoned beat maker and producer Simon Tew to bring you these sounds. Focusing on highly intimate, romantic string arrangements, the team has written with compatibility and cross usage in mind. This amazing collection contains an array of detailed recordings arranged into packs where every element plays off the other. In the UK styles of Adele and Sam Smith, these gorgeous lush arrangements are designed to inspire the listener.

Also included are interesting and bespoke hip hop beats plus synth and keys providing a plethora of soundscapes at your fingertips. The pack includes

…totalling 6Gb of wavs @24bit/48k. Here’s a little more about the pack’s creators.

Harry “Runone” Robinson is an extremely talented beats maker producer, writer and multi-instrumentalist (including piano and cello). His roots lie mainly in hip-hop, where he has been making all types of beats ranging from 90’s boom bap to trap. For the last three years, Runone has been heavily involved working with the multi- Grammy and BRIT Award winning Sam Smith, writing string arrangements and playing on his multi-million selling #1 album ‘In The Lonely Hour’, which is certified 7x Platinum in the UK and 2x Platinum in the U.S.

Runone is part of RnR Strings, a brother and sister powerhouse duo of string composing, arranging and performing for a range of artists such as Sam Smith, Pete Tong, Rag ‘n’ Bone Man, Stevie Wonder, Ed Sheeran and Bjork. They show a compositional versatility for many musical genres ranging from pop and classical to bluegrass and hip hop.

Runone is a producer and multi-instrumentalist. He is a part of Sam Smith’s live band and his leading cellist. He wrote and performed the strings for the acoustic version of ‘Latch’ from Sam Smith’s album ‘In The Lonely hour’. He also wrote and recorded the strings for Rag ‘n’ Bone Man, and has shared the stage with Ed Sheeran, Mary J Blige, Jessie Ware, A$AP Rocky and Nile Rodgers.

Runone has also produced tracks for some of the top pioneers in the UK hip-hop and grime scenes including Fliptrix, Verb T and Jam Baxter (High Focus). Other collaborations include Ragga Twins, Seanie T and Vula Malinga (who featured on the Basement Jaxx hit ‘Oh My Gosh’).

Kate Robinson is a busy and successful musician playing around the country and abroad.

Kate has also had solo radio broadcasts on Classic FM and Radio 3 and has performed chamber music in many major concert venues around the UK.

Kate’s lively interest in a wide variety of music genres has influenced her work and she has spent 8 years performing with the alt bluegrass band The Wagon Tales with whom she recorded their debut album ‘Introducing..’. Also, she writes and arranges in collaboration with her brother Harry Robinson (Runone). They have written and recorded strings for various artists including Sam Smith who performed to their string arrangement of ‘My Funny Valentine’ at The Golden Globes. Her Graduate studies took her through the Royal College of Music where she gained a first class honours degree. She studied there with Rodney Friend and later with Riggiero Ricci and Herman Krebbers.

Si Tew is a producer, sound designer and live performer signed to boutique house label Atjazz Record Company. With a solid string of releases over the last 5 years he has worked alongside the likes of Kylie Auldist, Robert Owens, Aloe Blacc and Osunlade. Si Tew has releases on labels like the UK soul and Hiphop imprint – Tru Thoughts and Germanys electronica imprint – Compost Black. His music can be heard on TV across the world with regular syncs in the UK from the BBC, ITV and Channel 4 as well as globally with features on MTV, CNN, National Geographic and a wide range of others. As musical leader of an inclusive ensemble he was part of a performance at the BBC Proms at The Royal Albert Hall performing alongside the BBC Philharmonic Orchestra.