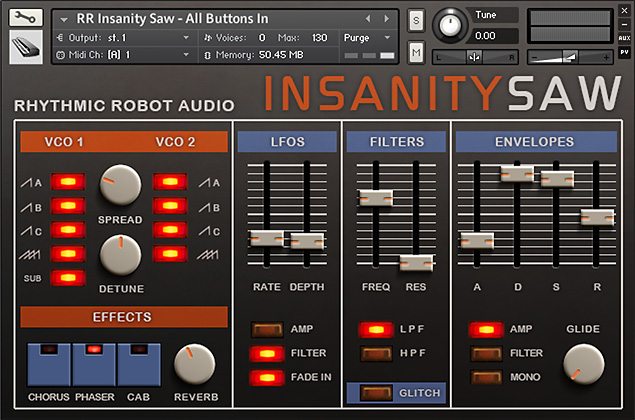 Insanity Saw was born from a very simple question: can you ever have too many sawtooths? Our instinctive answer here in the lab was “no, of course not. More saws good!” (And as Robert Heinlein once said, “Everything in excess – moderation is for monks” – which holds good for synthesisers as well as other things.)

But the idea was born. Lots of saws. All stacked up. Detunable. Not just the same saw over 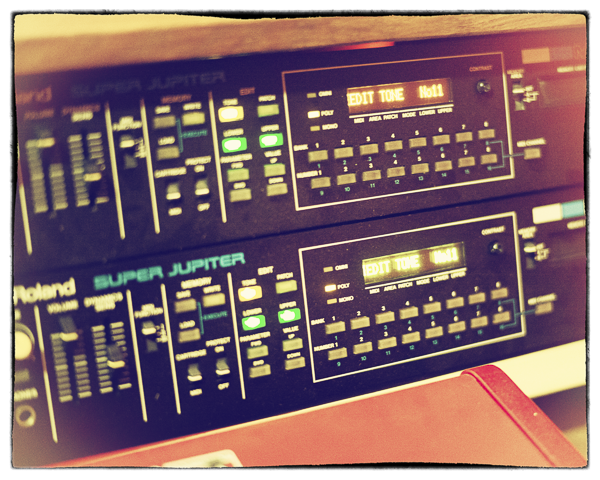 Plus a couple of extra batches of sawtooths taken from the Super Jupiters running in unison mode, where all 16 oscillators get stacked. Plus a sub. Which is also a sawtooth.

What’s not included? Well: sines, squares, any flavour of pulse wave, noise… if you want those kind of shiny baubles, get yourself some lame-assed “proper synthesiser”. Because all we’ve got here is saws. LOTS OF SAWS. ALL THE SAWS. 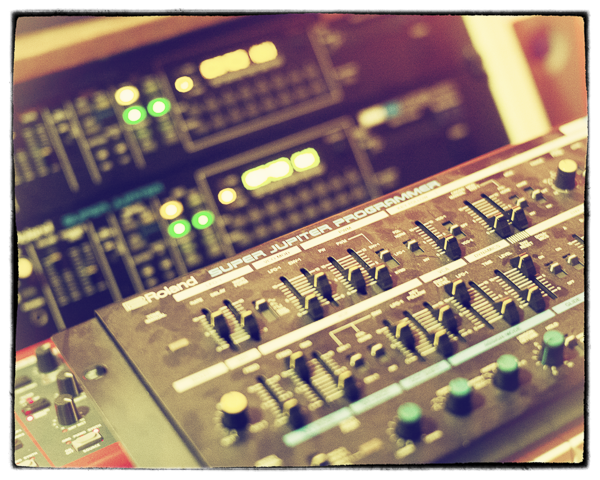 Clicking in a single oscillator can garner you narrow, wiry, insectoidal melodic patches that weave to and fro through the mix. Stacking three or four opens up classic synth territory – bouncy poly tones, walking basses, fun with the filter and so on. Or keep going, stacking saws on saws, for rave anthem leads (with the filter up) or sweet, singing string washes (with the edge taken off and some judicious envelope work). And of course you can always just punch the Glitch button for some instant randomised patch creation – its clever “musically intelligent” randomisation is designed to give you good results more often than not.

The control set is taken from MiniJupe – so already tailored to a Roland Jupiter DNA – and includes both high- and low-pass filters, mono and poly modes, a very cool glide / portamento control, twin LFOs with fade-in, and some simple but well-chosen effects. The big fun, though, comes from stacking, detuning and spreading the various oscillator waves. In fact, the real test of willpower is not sticking in all the buttons for every patch…

Insanity Saw, as the name suggests, is both saw-based and a bit mad. If you want a properly versatile, do-anything synth, this isn’t it. But if you just want the glorious experience of dialling up 23 vintage Roland sawtooth oscillators and then playing huge, wonderful chords with them in lushly throbbing stereo, then this is for you. Forget cowbell, you need more saw.

(All our Kontakt instruments require a full copy of Native Instruments Kontakt v4.2.3 or higher (including all versions of Kontakt 5). Kontakt Player is not supported: instruments will load, but will time out after 15 minutes. See the FAQ for further information. You can read more about the Roland MKS80 Super Jupiter here, and about the Roland Jupiter 6 here.)