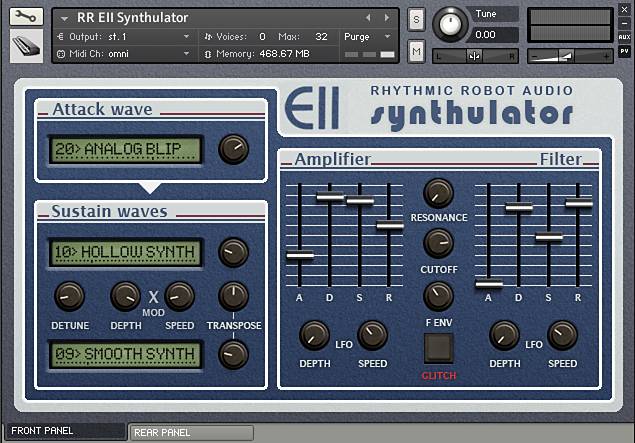 The Emulator II reborn as a powerful digital synthesiser 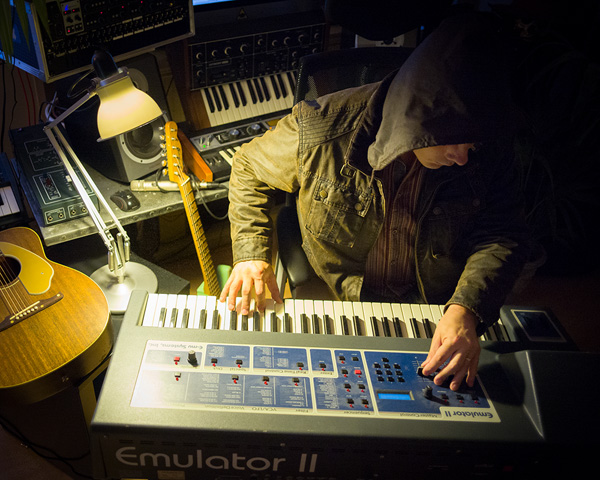 The Emulator II is a glorious slice of musical history, and we’ve thoroughly enjoyed the process of turning it into an archival Kontakt instrument in the Emulator II Universe of Sounds libraries. But even before we embarked on that mammoth sampling session, a thought was stirring at the back of our minds. Wouldn’t it be cool if the Emulator hadn’t just been a sampler? Wouldn’t it be cool if it had been more of a synth as well?

Of course, the Emulator II did have some synthesiser-type capabilities: that awesome analogue filter, to name just one. But the dots didn’t really join up into something that you could use to create sounds from scratch. Enter the Synthulator, which is at its heart a very simple idea indeed: use the Emulator II as the basis of a sample-and-synth creation in the mould of the Roland D50.

Early S&S instruments managed a neat tradeoff between the undeniable accuracy of sampled sounds and the equally undeniable price of sample memory by dedicating a small amount of memory to a handful of short attack samples, which were then spliced onto synthesised (and hence non-memory-intensive) sustain waveforms. This trick relies on the human ear’s tendency to make most of its assumptions about the sound it’s hearing in the first few fractions of a second, and it led to some cracking S&S machines. Synthulator sits in that proud lineage.

Synthulator takes as its starting points a series of custom soundbanks, including all the core analogue waveforms (saw, sine, square, pulse, triangle etc). These we sampled into our EII and then back out again, to stamp them with all that wonderful 8-bit sonic impurity. There are also sustaining sounds taken from more complex instrument sources, so there are complex synth waves sourced from analogue and digital gear; and also things like the sustain portions of string and brass sounds.

Two separate oscillators are given over to these sustaining waves, and the two can be mixed freely and have the rather cool X-Mod applied to them (X-Mod being, basically, a slow LFO that blends between the two waves, allowing for radical periodic shifts in tonality).

There’s also a separate Attack oscillator, which draws on its own collection of short attack samples – everything from piano strikes through saxophone blurts to flutey chiffs. Graft one of these characterful Attacks on to a couple of modulating Sustains of your choice, and you have instant access to a whole world of pseudo-instruments with unique characteristics. Best of all, they all sound like they’re coming from an Emulator II, with the classic weight and grit that defines EII samples.

We’ve included both typical synth control features (like a filter) and some pretty comprehensive dynamics control, so that Synthulator is a really expressive instrument to play. You can use Velocity to cross-fade between Sustain waves, or to open the filter; lay into your keyboard and the whole tonality of the sound can change or open up. Synthulator‘s sound character is firmly in the vintage digital camp: you can wring almost PPG-style sounds from it remarkably simply, or get into DX or D territory, but always with that additional grittiness that sets the EII apart from its peers.

Also at your disposal are some excellent effects: the icing on the cake here is the inclusion of the same nine convolved Lexicon reverbs we used on the EII libraries, which bring period-authentic rich, digital reverb spaces to the sounds. Normally we’re rather sparing with reverb, but on these patches the Lexicon just works wonders, and it’s tough not to lay on the Plates, in particular, with a shovel 🙂

We’ve also paid a lot of attention to the Glitch button, tweaking its parameters so that it hits the sweet spot even more frequently. Click on this and you get a ‘musically randomised’ new patch, and we’re betting that the keepers are now more like one in five. Instant gratification! Synthulator also ships with over 90 factory patches, many of which were created by synthmeister Anatol Locker and which are really rather awesome.

Synthulator is a unique resource for creating original sounds which sound like they’re coming straight from a big blue EII. With a sound palette that spans acoustic and synthesised sounds, all imbued with grit and weight thanks to the EII’s wonderful convertors, it’s a great way to weave your own sonic textures from classic source material. The 80s have never sounded so good!

(All our Kontakt instruments require a full copy of Native Instruments Kontakt v4.2.3 or higher (including all versions of Kontakt 5). Kontakt Player is not supported: instruments will load, but will time out after 15 minutes. See the FAQ for further information.) You can read more about the original hardware E-Mu Emulator II here.