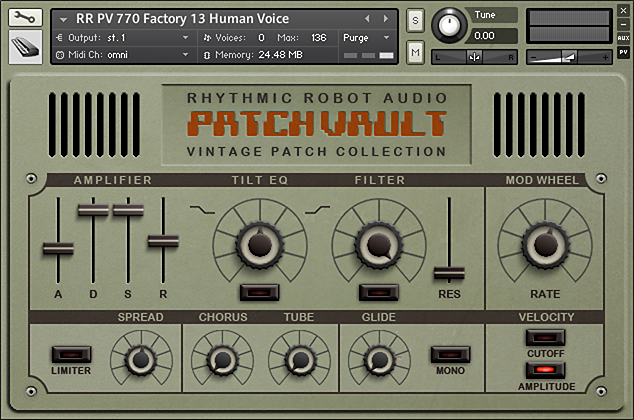 All the ‘instaset’ patch sheets for the Korg 770

All 24 ‘InstaSet’ presets faithfully copied from the Korg 770’s original manual… • …plus a further 16 ‘Mongo Specials’ faithfully copied from the sweltering, febrile brain of Mongo • Simple but powerful control set including Tilt EQ, Filter and Amplifier so you can craft your own sounds • Velocity-to-volume and Velocity-to-cutoff retrofitted for even more expressive options • Classic sounds for 20c per patch! 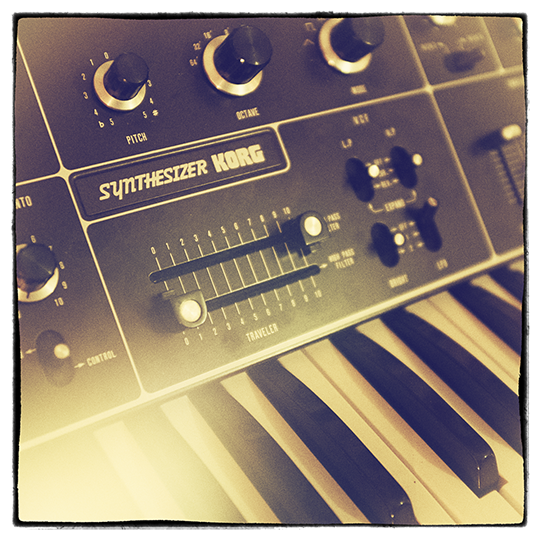 The Korg 770 may be small, but it’s mighty – not in a MiniMoog way, more in a BBC Radiophonics Workshop synth-puppy way. From a handful of wires and diodes comes all manner of frankly amazing and wonderful sounds, thanks to some pretty barmy topology and a whole load of unusual surprises: the Chorus wave on Oscillator 1, or the two forms of ring modulation built right in, or the musically brilliant Scale Noise which we’re now nicking and building into all our new synths. (Why doesn’t Scale Noise turn up everywhere? It’s amazing!)

So any chance to fiddle with the 770 is a chance we happily take, and when we finally got our hands on a copy of Korg’s original manual for the machine, we were instantly grabbed by the fact that it had presets. Yes indeedy, at the back of the manual are patchsheets for 24 factory sounds – or, as Korg called them back in the day, InstaSets. (They turn out to be not all that Insta, cos you have to dial them in yourself; but who’s complaining when you get sounds like Funky Cat and Banjo as a result?!) And thus a PatchVault was born. 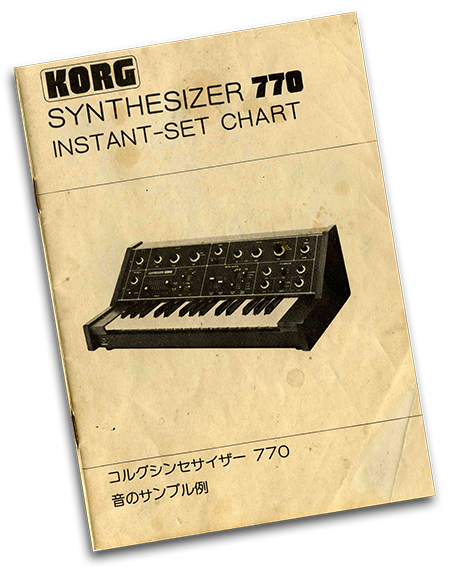 Well, almost – because, let’s be honest, synth tastes have changed a bit since Korg’s programming engineers came up with the wonders of Funky Cat and Banjo. As we programmed them in and played them, we couldn’t help feeling that a few of the factory InstaSets were rather at the niche end of the spectrum (Foghorn and Wave, for example, is really only useful if you, erm, want the sound of a Foghorn and Wave). With that in mind we decided to go a little further – so as well as the more musically-useful InstaSets (Violin, Electric Bass, Tuba, the really brilliant Gambang, and others) we also decided to let Mongo loose on the 770 and let him hammer some patches out of it. This PatchVault, then, is in two parts: the original Factory sounds and a batch of Mongo Specials. It’s really pretty easy to tell them apart, since one lot sound like they were programmed by a bespectacled Japanese engineer in the mid 1970s, while the others sound like the 770 is being tortured but somehow enjoying it. It’s an odd (but we feel oddly compelling) contrast.

The original InstaSets really are a little bit of synth history encased in amber; you get to hear and play exactly what Korg’s engineers imagined the end-users of their new machine would be keen on. Orchestral emulations yes; but also some endearing strangeness and peculiar sound-effects. Who knows what these might spark in your next track. Mongo’s patches, meanwhile, delve deeper into the instrument, making particular use of the modulation options that push it into more snarly, aggressive territory. It may look small and cute, but it can sound kinda scary! Start layering the two together and it’s a weird, wonderful world of possibilities 🙂