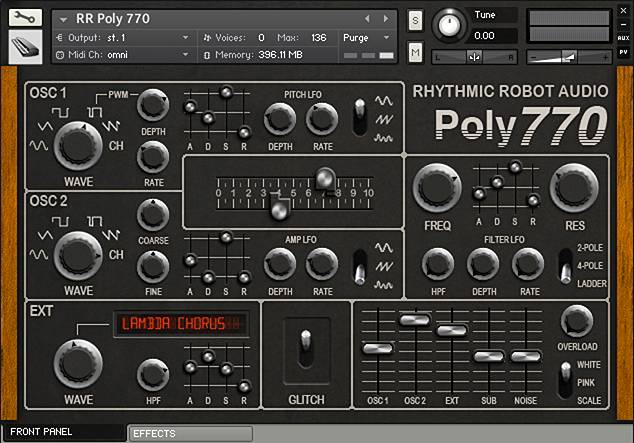 “One of the Robot’s most ambitious libraries to date… Excelling at sci-fi weirdness, gentle melodics and quirky FX, Poly 770 is a retro triumph” – Computer Music Magazine 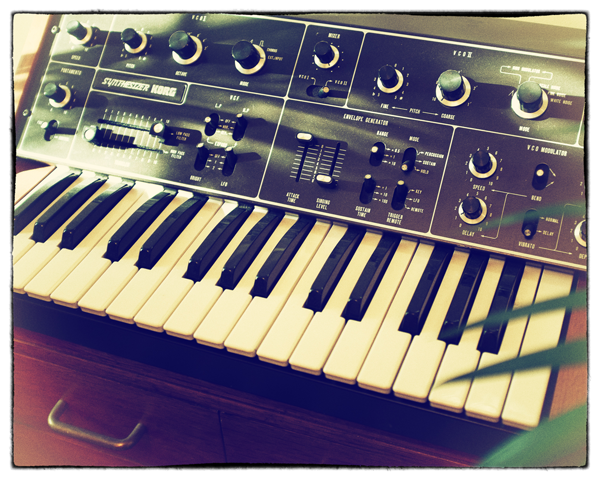 This all came about because we fell in love with our Korg 770. The 770 is a wonderful little synth – quirky, imaginative, oddball, strange in all the right ways. Fundamentally it’s a twin-oscillator monosynth with the usual waveforms and a fairly standard control set (although there’s a ring modulator, which is a little unexpected and very welcome)… except for three significant differences that really set it apart from the crowd.

First, the “Traveler”. This is Korg’s name for the filter, and it comprises a cool arrangement of high-pass and low-pass circuits which are ganged together so you can either use them independently or as a band-pass. They’re linked to some very leftfield contour generators. Sometimes what comes out isn’t what you were expecting, but overall, it’s great.

Second, there’s the Scale Noise option, which is – basically – noise with a pitched component. You have no idea until you’ve used this how useful it is musically. It elevates noise from something that you can use only on part of a sound (the attack “chiff” of a flute, say) to something that’s musical in its own right… without eating up an oscillator. Absolutely fantastic. Why doesn’t every synth have this? (Tell you something, all ours are gonna have from now on.)

Thirdly, there’s the Chorus wave, which is a detuned sawtooth; again, 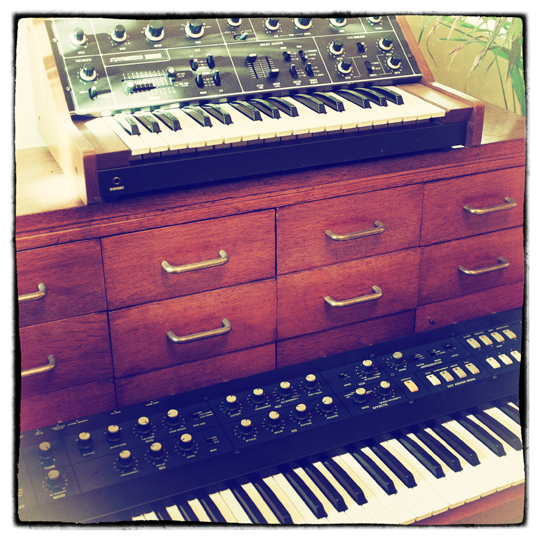 here you get instant warmth without even accessing Osc 2, which is a godsend.

All in all, the 770 is just a ton of fun in a tiny little package, and we think the world of ours, especially the sound (which is kind of grainy and airy and quite unlike a lot of other synths). So the big question was: how to set it free in software?

The answer became a bigger and bigger project the more we got into it.  As well as sampling and recreating the Korg’s oscillators, we convolution sampled its weird and wonderful Traveler circuit, so you can hear exactly what that oddball cluster of components does to the sound. We recreated the PWM in software so you can get evolving, developing textures out of it. And then we went a lot further.

The hardware 770 has an External Input, which is great for running other synths in tandem through the Korg’s signal path, so we thought – why not do that here, too? We’ve built in an External section which gives you access to 25 multisampled sounds from outside the 770: things like Lambda strings and brass, PolySix pads and chorused sweeps, even a second subtly detuned 770 programmed with particularly useful sounds designed to blend with your basic waves. Yep, these are all Korg machines, which is entirely deliberate: we wanted a “family sound” going on here, so we stuck with the same DNA throughout the machine. Roping these additional sounds into the mix really expands and enhances the palette on offer and gives you some instant weight and richness to compliment the 770’s grainy grit. 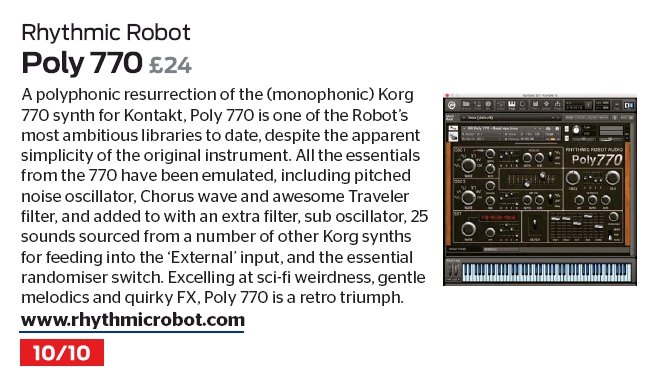 Scale Noise is there for you to play around with (along with White and Pink noise), plus we’ve included a Sub Oscillator for depth and retrofitted sine waves to the main oscillators, just in case you need them. There’s a modern, sweepable low-pass Filter with full ADSR; twin high-pass filters for sculpting both the whole sound and just the External input; and our signature Glitch control is right there on the front panel, so if you don’t feel like getting stuck in with all those pesky controls you can just smack away at that until you’re rewarded with a patch you like (rather like a Skinner pigeon, you can never know exactly when you’ll be rewarded; but persevere, persevere.)

So this is by no means a slavish recreation of the original little monosynth that started us on this journey; instead, its a great big breathing, humming, crackling beast of a polysynth, capable of strange radiophonic madness one moment and blissful chillout soundscapes the next. We think you’re going to like it 🙂

(All our Kontakt instruments require a full copy of Native Instruments Kontakt v4.2.3 or higher (including all versions of Kontakt 5). Kontakt Player is not supported: instruments will load, but will time out after 15 minutes. See the FAQ for further information.) You can read more about the original Korg 770 here.