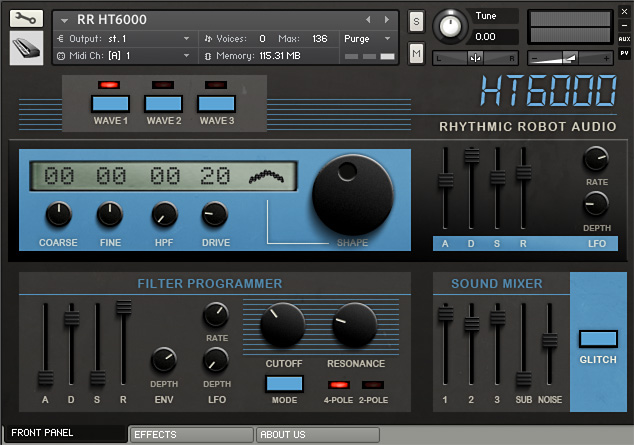 Released in 1987, the HT-6000 came just as Casio was making a determined effort  to carve out a swathe of the pro audio market. Machines like the CZ-1 phase distortion synth had already staked a claim, suggesting that Casio needn’t just be known for home keyboards; the follow-up FZ-1 sampler was a real eye-opener, offering 16-bit sampling at a shocking low price. Clearly Casio had serious designs on studio space – which makes the arrival of the HT-6000 all the more confusing.

On the one hand, it boasted some truly impressive on-paper spec: four digital oscillators each capable of generating 32 different waveforms, plus analogue filters and decent modulation capabilities. On the other hand, it had built-in speakers and an overall vibe that uncertainly straddled the line between studio synth and home keyboard. Probably as a direct result of this, it failed to make a significant mark in either arena, and now remains something of a cult keyboard – largely forgotten, and all but buried under a landslide of DX7s and D50s. 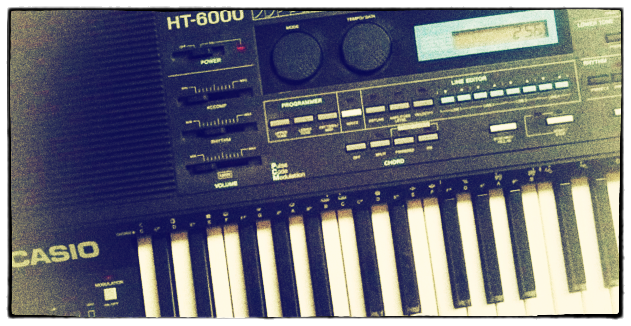 This is a shame, because the sounds the HT-6000 can produce are genuinely unusual by 80s standards: thick and grainy in the low end and airy in the highs, they sound neither like the shininess of Yamaha’s FM nor the chiffiness of Roland’s LA. In fact, the combination of analogue circuitry in the filter path and what are clearly quite low-resolution bitstreams from the digital oscillators yields something totally different, and which we like a lot.

The original HT-6000 made several compromises in its sound architecture, most notable of which was that those impressive-sounding four oscillators could only play one waveform between them (though you could, at least, detune them against each other). We’ve therefore made several improvements to the structure: centrally, we now have three oscillators instead of four, but freely assignable to any of the 32 waveforms – so you can generate richly complex sounds very easily. Just as importantly, each oscillator has its own envelope, pitch, detune, drive, High Pass Filter and LFO controls: tweaking these can introduce everything from slow tonal shifts and washes to clangy attack-driven patches that then mellow in their decay.

Furthermore, we have a comprehensive multi-mode Low Pass Filter circuit, switchable between 2-pole and 4-pole mode; using this in conjunction with the individual High Pass Filters can give you neat band-pass effects. Helping to add heft and texture are the Sub Oscillator (a digital sine-wave from the Ensoniq SQ-80) and an analogue White Noise circuit. Round the back is a comprehensive Effects Rack, and various performance modulation options so you can patch MIDI velocity to cutoff or amplitude, and set your Mod Wheel vibrato the way you like.

Of course, getting the HT6000 to do new and exciting things is just a button-press away: the Glitch Control has its own little space on the front panel and is itching to be clicked! “Musically-randomised” patches are incredibly easy to generate, and if you want to go deeper, the control set is laid out for easy tweaking.

The glory of the HT-6000 lies in its marginal status: largely ignored, even more largely forgotten, it nevertheless creates a beguilingly idiosyncratic sound. Now, liberated from its original restrictive architecture, that sound can rival any Yamaha or Roland for versatility – but with an individual, unusual tone that mimics neither. We really like this strange machine, and we hope you do, too!