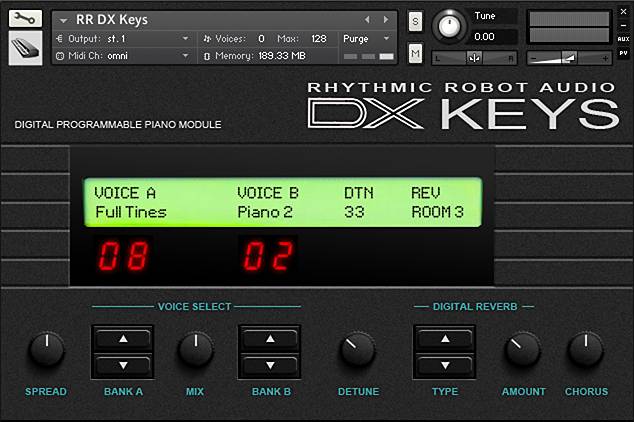 THOSE sounds from THAT synthesiser…!

DX Keys and DX Keys Deluxe are available together in a bundle deal which saves 50% off the price of DX Keys, and gets you all the keyboard patches from Yamaha’s top-flight 6-op synths in one awesome package. You can grab the bundle here.

Darth Vader styling, shiny FM tones and tines! • 8 classic piano and EP patches recreated in meticulous detail, using multiple velocity layers and over 830Mb of compressed samples • Combine, balance and detune any two Patches in an authentic recreation of a genuine DX Program slot • Full Tines patch in all its glory… go on, you know you want to 😀 • We think there are sounds in this thing that will pleasantly surprise even hardened DX-skeptics • We’re still trying to atone for this video… 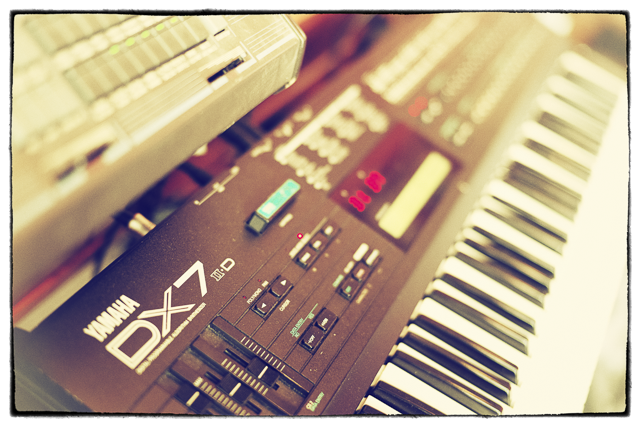 If you were alive in the 1980s, you were probably exposed to unhealthy amounts of Yamaha DX7 at an early age. In fact, even now, scientists tell us that people who live in cities rather than the countryside are never at any time more than 2 meters away from a DX7. Wait. That might be rats. Anyway, the point we’re trying to make is, this thing was everywhere in the 80s, so much so that it’s become for many folks the Synth To Hate: not only did it usher in a new age of tiny LCD panels and pushbutton, menu-driven editing, plus a hugely complex and frankly rather overwhelming new form of synthesis, but it also defined a whole new sound – clean, crisp, shiny, and perhaps just a touch sterile. This was CD versus vinyl, digital versus analogue, the DX versus… well, every other synth out there. And it had one killer advantage over them all: it had the best Electric Piano patches on the planet.

In retrospect it’s easy to understand why people were blown away by it, though. The original DX7 may have been a bad pizza dream to program, but it had 16-voice polyphony, stable tuning, you could carry it under one arm, and there was a whole range of credible sounds lurking in its innards – okay, so the strings were a bit thin, but man, listen to those electric pianos, and dig that funkadelic bass!

Most of all, really, it just sounded different from analogue; before we knew it, everyone was swept up in the craze for everything digital, and it would be 20 years before the world came to its senses again. At the time, there was simply no hope: everyone from Jan Hammer and Herbie Hancock on down had to have one of these things. Brian Eno had dozens of them.

The DX7 II did away with the membrane switches, garish turquoise and hissy 12-bit DACs of the original model and presented FM synthesis in all its gleaming 16-bit glory. It looked like something off the bridge of the Death Star, and it sounded amazing. This second incarnation came in various versions: the IIS (cheapo option, one voice only, not really worth having); the IID (two voices which you could split or layer, much cooler); and the IIFD (like the D but with a floppy drive too – the ultimate luxury!). And of course it’s the tine-tastic electric pianos that everyone really remembers – either fondly, or with a kind of PTSD flashback-to-Nam horror. 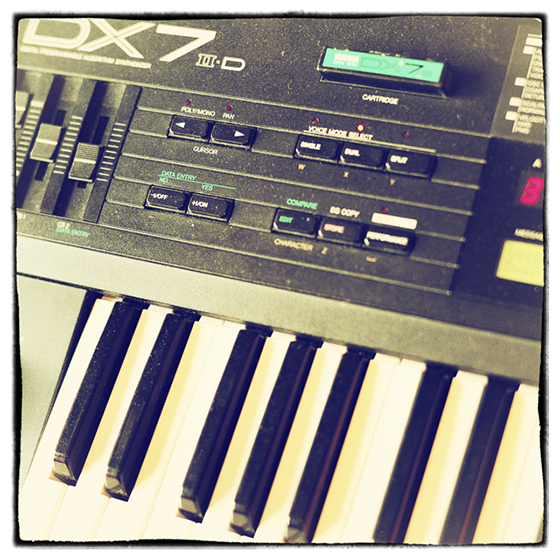 Well, okay, let’s nail our colours to the mast here: we grew up with DXs (really – first synth). We cut our programming chops on DXs (which is why coding Kontakt is like strolling in the park). And we like DXs. There, we said it. DXs are like assault rifles: you have to remind yourself that DXs don’t kill music, people kill music. In other words, those shiny tines patches may have been balladed to death in the 80s, but that doesn’t mean you can’t find a proper use for them now.
Moreover, the DX had other patches up its sleeve besides THE electric piano. So what we’ve done, in a celebration of these key sounds, is to put them all into one interface which recreates a single DX7 II Program Memory slot: that is, two individually-selectable Patches which can be detuned and balanced to create all manner of wonderfully evocative DX-style pianos and EPs. What’s more, we’ve lovingly recreated the velocity response of the original, using multiple velocity layers and tons of multisamples to get this to sound as dynamic and playable as the original. There are combinations in here which we think will come as a pleasant surprise to DX skeptics. As a neat finishing touch we’ve included some convolved Lexicon reverbs for that bit of extra digital luxury. The result is a small, elegant, specific timewarp that puts you in the driving seat of one of the coolest synths of the 80s. Forget your preconceptions: if you’ve only ever heard a DX7, perhaps it’s time to play one and find out why, for a few years, this thing ruled the universe.

(All our Kontakt instruments require a full copy of Native Instruments Kontakt v4.2.3 or higher (including all versions of Kontakt 5). Kontakt Player is not supported: instruments will load, but will time out after 15 minutes. See the FAQ for further information.) You can read more about the original Yamaha DX7IID (if you need to) here.