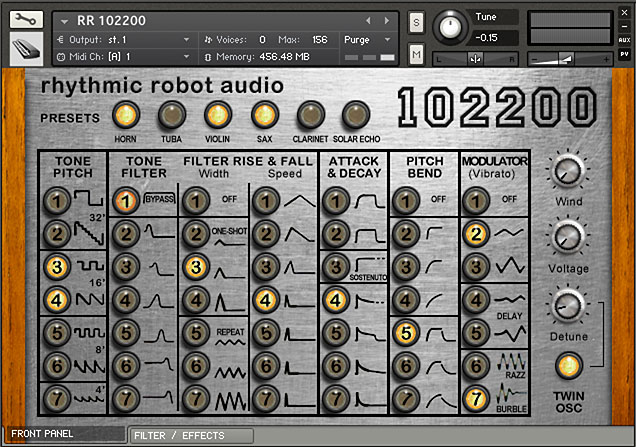 Hammond's first (and only) analogue synthesiser

“A great source of retro synth textures, simple to use but deceptively powerful… an essential for anyone who wants to add analogue flavour to their music. The 80 preset instruments included are a nice touch, too.” – Computer Music magazine

Unique and peculiar vintage analog machine, now with added polyphony • Detunable and stackable oscillators; use the original Presets as additional tonal layers • Modern controls can be switched in or out – play the original 102200 or bring it into the 21st Century! 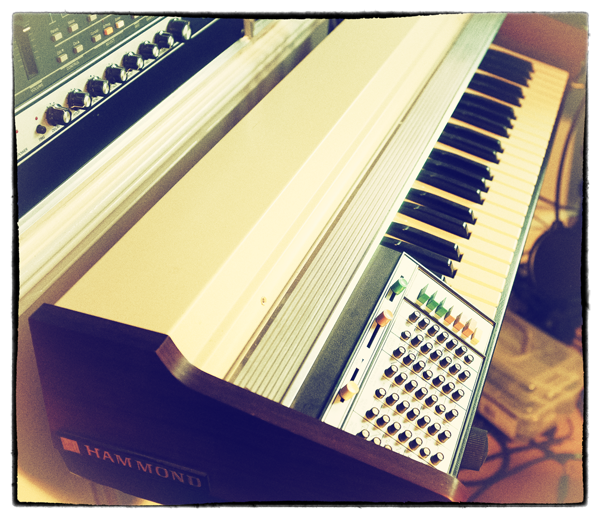 Very simply, this one just spoke to the geek in us 😀 The 102200 is the Hammond Organ corporation’s only stab at producing a synthesiser. As such, it’s both very rare and very odd. Clearly Hammond had seen what Moog, Arp, Roland and others were up to, and had decided to jump on the monosynth bandwagon. The thinking must have been along the lines of, We already have keyboards. All we need to do is add the synth. Which is what they proceeded to do – but in the weirdest way possible. First of all, instead of calling it the Rogue or the Soloist or something catchy, they went for 102200 (which sounds like a Beverley Hills postcode to us). But that was just the beginning of the madness.

Instead of user-friendly knobs and sliders, the 102200 sports a matrix of 49 pushbuttons, plus six presets and a noise source on its own slider. Users could either select one of the six presets – which include the wonderful Solar Echo, the 102200’s sole moment of cool – or else deselect the presets and create their own tones using the button matrix.

This basically engaged a behind-the-scenes series of components: an 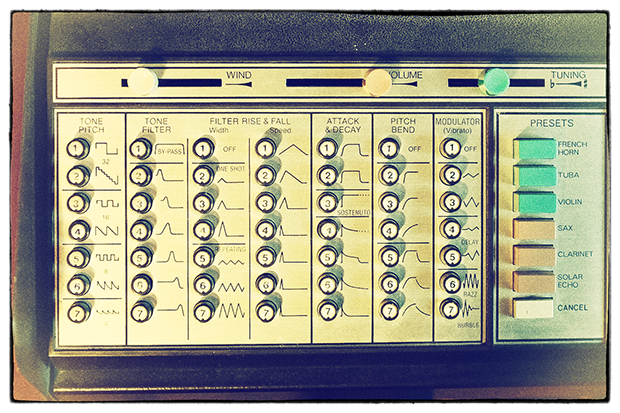 oscillator with square and sine waves at a variety of footages, a filter, three envelopes patched to amp, pitch and filter, and two LFOs patched to pitch and cutoff. These all sported up to seven preset settings controlling things like filter resonance, cutoff, LFO speed and so on. By combining these you could – eventually – punch together your very own patches.

The whole thing was unintuitive and rather let down by the single oscillator, which lacked depth. But the filter sounded good, and the overall nerdy vibe had its own odd appeal. Sadly, the 102200 failed to catch on, and not many were sold, which now makes it both pretty rare and largely unheard.

Our version starts by addressing the three key failings of the original. Firstly, it’s polyphonic. Secondly, it allows you to combine and stack up to 21 oscillators simultaneously, and detune them, for a properly thick and lush sound. And most importantly, while it recreates that insane button matrix on its front panel, it also liberates you from it if you’d prefer to work in a more familiar knob-based manner – just click over to the rear panel, and dial away. In what’s becoming a bit of a signature motif for us, this allows you to use the 102200 exactly as the original… or ditch authenticity and push the instrument into whole new territories.

Tonally, the 102200 seems to have a strong affinity for radiophonic-workshop type sounds – sci-fi burbles, bleeps, tremors and vibrations just come flooding out of it. There’s a faded industrial edge to some of its tones which can be great for adding something odd and unusual to your mix; a kind of metallic, granular, almost rusty sonic palette which conjures up distressed and abandoned alien cities overrun by red sand dunes. (Well, it does to us, at least. Too much Heinlein when we were kids.) Played monophonically it really feels vintage to its core, while the polyphonic patches have a great air of nostalgic texture to them.

The overriding impression we got from our 102200 is of an instrument that had great potential, but swerved off-reservation before attaining it. The filter is great. The oscillator is great… but there’s only one of it. And the buttons look futuristic and cool, but are actually rather weird to use. If Hammond had pursued their synth adventure just a little further, there’s every chance they could have come up with something genuinely powerful; but sadly, the 102200 became one of a kind. Which is kind of why we like it.

102200 ships with a factory sound library of over 80 patches, which were designed by our good friends Anatol Locker and Ed Ten Eyck. You can hear some of Anatol’s tracks here, and if you want to print your own synth, have a look at his day job here. Ed does sound design for other synths too, so take a look at his brilliant patches here.

(All our Kontakt instruments require a full copy of Native Instruments Kontakt v4.2.3 or higher (including all versions of Kontakt 5). Kontakt Player is not supported: instruments will load, but will time out after 15 minutes. See the FAQ for further information.) You can read more about the original Hammond 102200 here.