This is really exciting. The lovely people over at Syntaur have agreed to license us the original Ensoniq Mirage factory soundset in all its 8-bit glory, and we’re right now in the process of sampling each and every patch into Kontakt. To do this we’re using the same workflow we developed for the Emulator II UOS libraries – which is to say, we’re sampling every note of every patch, chromatically, and often at multiple velocity levels as well, all from our much-loved rackmount Mirage. The aim is to capture the exact sound of the Mirage’s DACs and filter, so you get exactly the kind of warm crunch for which these machines were famed.

The factory library itself is a work of love. There are 30 disks, each with 3 programmes; each programme contains either one sound spread across the whole keyboard, or 2 or more which are usually split. We’ve had a good think about how to approach this, and in the end what we’re going to do is to break out the individual sounds and put each one into its own Kontakt wrapper. This will allow you to play over the whole range of the keyboard any patches that were originally split, and played across just a couple of octaves. (Obviously this will involve extending the sounds artificially within Kontakt.) If on the other hand you’d prefer to play the split patches as they originally behaved in the Mirage, we’re going to include some Kontakt Multis that reinstate the split point: this is called having your cake and eating it! 😀

The patches we’ve done so far have been a revelation: the Mirage has a teeny-tiny amount of sampling memory, but the factory patches squeeze a truly impressive mileage out of it. They include one of the most biting, cut-through-the-mix piano sounds we’ve ever heard (completely out-Houses the M1 “House” Piano, for example), some very sweet and soaring string sounds which we can’t wait to hear layered up with each other, and some blisteringly punchy drum kits. Plus we’re looking forward to getting into the synth and ethnic sounds that grace the later disks. 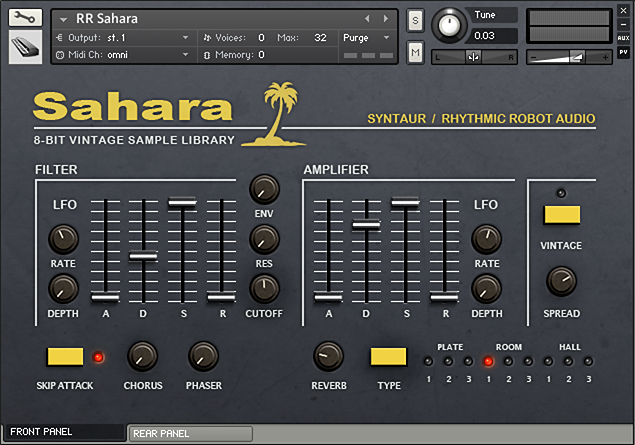 Pricing is tbc, but is likely to be in the same area as the EII libraries, but with a good launch discount to take the edge off. Perhaps now would be a good time to start a swear jar / secret offshore bank account? Because let’s face it, you know you want this 😉

This site uses Akismet to reduce spam. Learn how your comment data is processed.