“Uniquely evocative… the kicker is the bank of ten harmonically pitched sine waves and their pan / level-modulating Uncertainty knob. Start mixing these in with the three main sounds and things get really weird – in a good way“– Computer Music magazine

Cloud Chamber takes its inspiration from the raw material of all sounds: moving air. With both acoustic and electronic components at its heart, Cloud Chamber excels at creating strange, ethereal tones and textures with the sonic fingerprint of acoustic sources; “unreal” instruments that nevertheless sound like they should be real; and complex, varying, evolving soundscapes that conjure up steampunk-style futures, windy mountain peaks, industrial piston chambers, sussurating cave mouths, and a thousand other uniquely characterful locations. Whether you want a hissing pad from the Victorian steam age for an electronic track or a convincing Troll flute hewn from a solid tree-trunk for your soundtrack, Cloud Chamber makes dialling up wind sounds a breeze! (Yeah. We actually went there.) 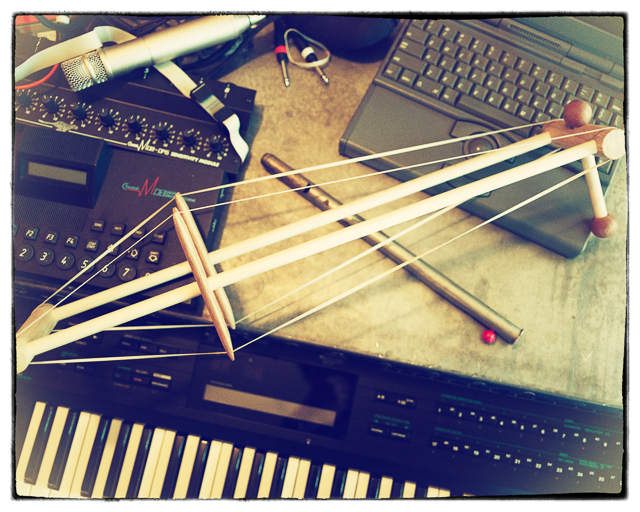 We started with a strange collection of sound-producing instruments and vessels all of which rely on basic air vibration to yield up their noises, and recorded these in three sections which form the main textural controls of Cloud Chamber. Pipes is sampled from vintage swannee whistles and penny whistles, and provides a high-pitched descant sound with a fairly clean attack – just a hint of overblown harmonics. Flasks comes from a series of differently-sized laboratory bottles and retorts, some of which were very big and required all of Mongo’s lung-pressure to blow convincingly. These are mid-range sounds that have a very pronounced white noise “chiff” in the attack. Finally, over on the right-hand end, there is the Rotors section, which was sampled from an amazing twin-tone bullroarer-style “wind wand” – a tensioned apparatus of bands and sticks which is whirled through the air in a circular fashion, making the strings and bands vibrate to produce a cyclic, complex tone. This has a very slow attack (as the apparatus spins up to speed) and a pronounced tremolo effect.

All three primary sounds can be blended to taste, and can have their characterful attack portion switched on or off via the SSA (Skip Sample Attack) switch. Engaging this lops off the first half-second or so of the sound, giving an instant, clean start to the sound, without the overblow, chiff or ramp-up. This is great for creating more abstract, less obviously acoustic tones. Each primary sound also has an ADSR envelope and a fully variable tremolo control which can be set super-slow for strange, eerie periodic fluctuations, or super-fast for metallic, almost ring-mod-style distortion. Finally, each primary panel has a pitch envelope which can swoop down to pitch or up to pitch at variable speeds, and decay off-pitch again at the end of the sound; that’s the three-slider control with the arrows in the bottom of each pane, and it’s useful either for simulating the acoustic pitch swoop that many wind instruments exhibit, or for dialling in extreme, alien pitch drifts and special effects. 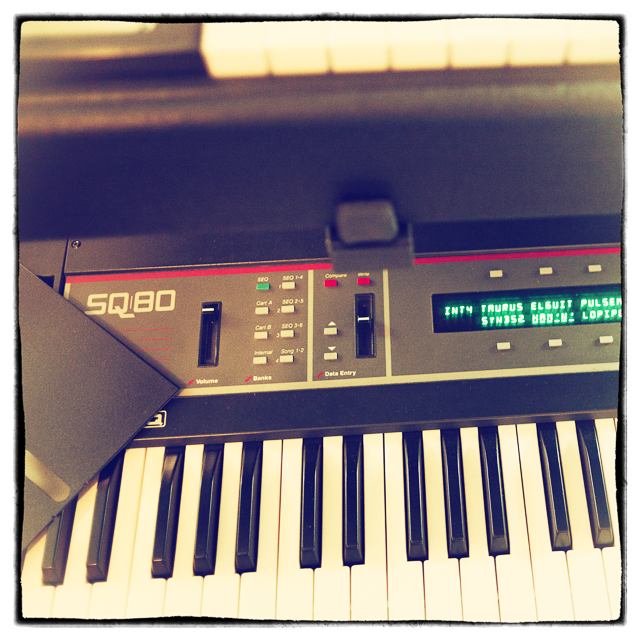 But that’s not all. The central section houses something of a secret weapon: a Sine bank of ten sine waves, pitched to the harmonic series. These can be dialled up in varying proportions and are under the control of their own ADSR envelope. Dialling up odd, unusual harmonics higher up in the series can add a really spooky, unearthly tone to the base waves, especially if you fade them in gradually. Or you can graft an acoustic attack from one of the primary sounds onto a sustain synthesised from the Sine Bank. In fact, the Sine Bank is where you can really take the character of your Cloud Chamber sounds away from the acoustic and into pure synth territory. We auditioned all kinds of sine waves for this important role and the ones we chose come from the 8-bit DCOs of the Ensoniq SQ80. We chose these over perfect, pure analogue sines because the aliasing and digital distortion imparted by that crude low bit-depth adds a lot of high-frequency “air” and interest that we simply didn’t get with analogue waves; so these sines really add to the airiness and character of the instrument.

They also give the filters something to bite into. At the bottom of the central panel we have high- and low-pass filters, with the low-pass switchable between a very gentle, smooth 1-pole (6db/octave) model for subtly sculpting the sound, and a chewy Moog-style 4-pole (24db/octave) ladder filter with resonance. The low-pass has its own cutoff envelope, of course, for sweeps and blips or for longer, smoother tonal transitions.

There are two last controls worth pointing out: the Uncertainty knob introduces random, unpredictable level and pan changes to all of the active waves in the Sine Bank, creating drifting clouds of sine waves that fade in and out and blur and shimmer through the stereo field, adding a lot of movement to the sound. And the Glitch control you may know by now: it randomises all of the settings, but in a musically sensible way, so as to give you new starting points for patches with a single mouse-click. It’s our one-stop shop for instant inspiration, and you can click it whenever you want a surprise 🙂

The rear Effects panel has comprehensive controls for Delay, Reverb, Leslie Rotary Speaker and Amp cabinet simulation, all of which allow you to add further colour and character to the sound: the amp cabs in particular let you stamp interesting limited frequency responses across the whole sound, for strange, compressed, contained tones that often sit better in the mix.

Cloud Chamber is very deliberately not a recreation of an existing instrument: it’s not a whistle, or a blown bottle, or a bullroarer. Instead, it’s a toolkit synthesiser for creating all kinds of convincing acoustic instruments and leaking, hissing steampunky machines, as well as weird and unlikely electronic sounds which nevertheless have an acoustic vibrancy to them. It can take you wherever the wind blows…